This is a super cute dungeon themed coin collecting game. Collect all the coins on a level to finish and move to the next level. There are one hundred hand crafted levels in total for you to explore. Once you complete a level it becomes available in the level selection menu so you can skip back to your favourite levels whenever you like.

You can play as one of six different characters, and with three difficulty settings.

Watch out for spike traps on certain levels as these can really catch you out. Use the pink vortexes to transport from one location to another, or look out for doors in walls. On levels with more than two vortex or doors, you will randomly come out of a different exit.

Pick up swords to give you a short time where you can turn the tables on the enemies and tag them, sending them home and out of the way for several precious seconds. The enemies also avoid you during this time so use the swords wisely.

Pulsing shrooms will give you a score bonus for several seconds where you earn double points for any items collected.

Occasionally other fruit will appear and these simply give you additional points when collected. When your score hits a multiplier then if you don't already have three lives another one will appear on the map. Pick it up to grant you an additional life.

Some levels have ladders and vines. These are like secret passages that only the player can use. Use them to your advantage to stay out of trouble. 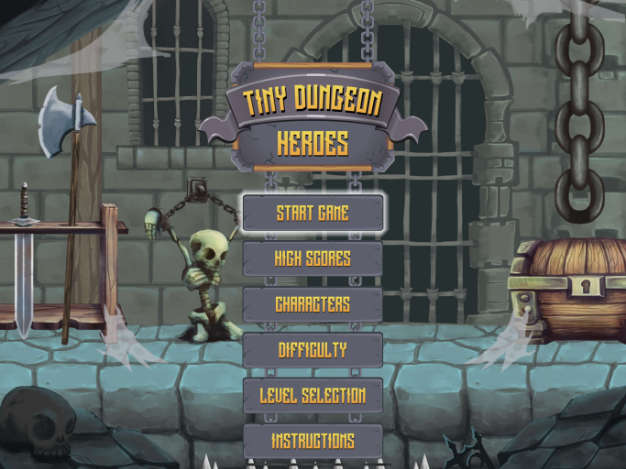 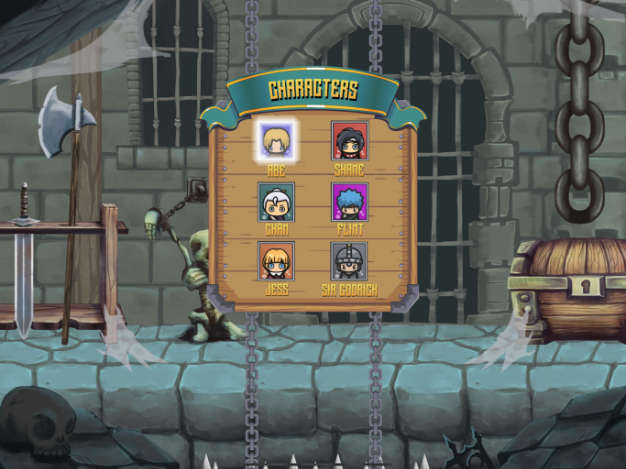 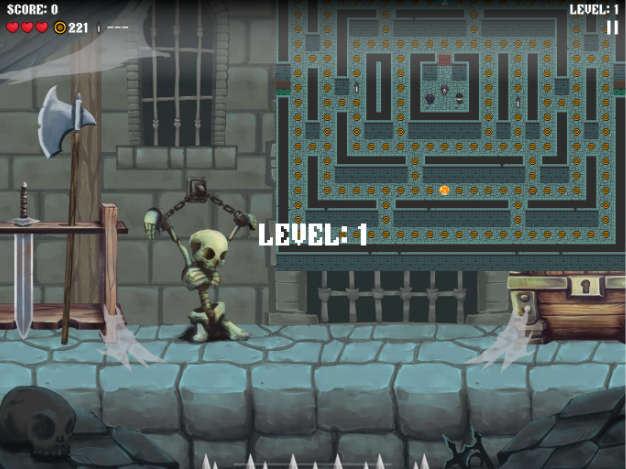 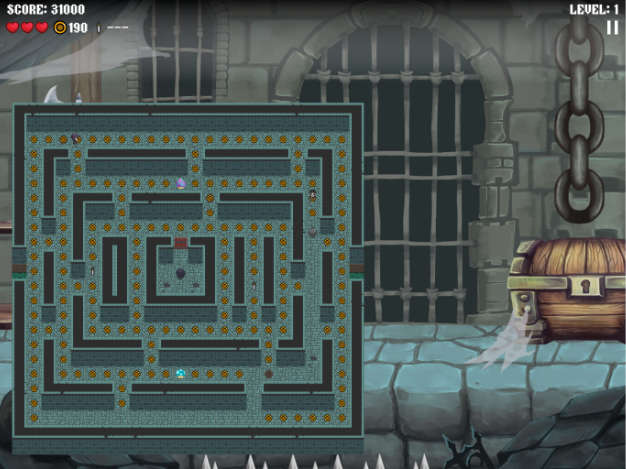 Just tap the menu buttons to make your selection in the menus. In the game, just swipe in the direction that you would like the character to move, swipe before the next junction in order to change direction, the character remembers your selection until they reach the junction, there is a direction indicator in the bottom left of the screen to help. Tap the pause button to pause the game and view the pause menu.

Use can use either the Siri remote of a game controller to play the game. Swipe on the Siri remote to navigate the menus or direct the character in the game, press the touch pad to select menu buttons.

The game supports game controllers on all platforms. Use the d-pad or joysticks for movement and navigating the menus, A to select your menu option, B to go back. In the game, the Menu button brings up the pause menu.

The game will retain your highest ten scores, however if you use Apple's Game Center, then at the end of each game your score will be saved along with the level that you reached. Compete against your friends to obtain the highest score and highest level.

There are a number of achievements for you to attempt to complete throughout the game. These do require you to be using Game Center in order to see what you have unlocked however. As you progress through, and unlock levels then certain achievements will be awarded. Completing 50 or more levels with each character, and tagging 40 and 100 enemies also have achievements. If you manage to unlock every single other achievement, then you will be awarded the coveted achievement of Legend.

We are always happy to hear feedback, criticism, praise or suggestions. Email us at: tiny-dungeon-heroes@software101.co.uk

Your privacy is important to us, so please be aware that we do not include any form of user tracking within this game. We do not send any data to any servers other than your high score and level to Game Center if you are signed in to that service. Game Center is run, supported and secured by Apple and we have no access to your private data.

All of the graphics and sound effects are licensed through CartoonSmart.